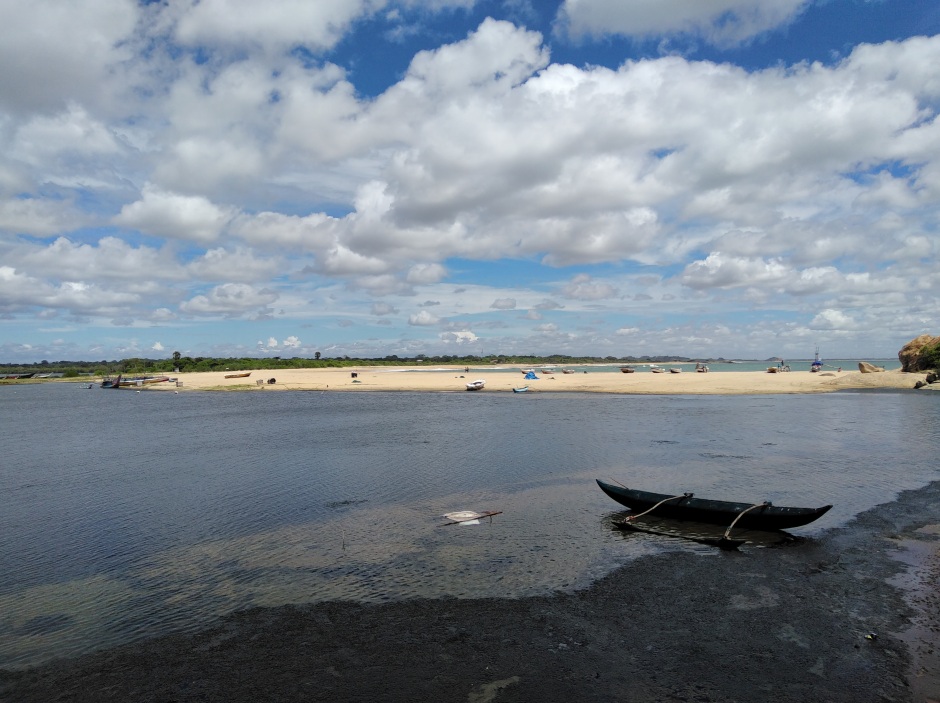 Sri Lanka, diverse its natural assets, tropical its climate, rich its cultural and historical heritage, is an island called home by many different ethnic and religious groups. The country is fertile soil for both, good and bad. While friendly, dignified people and breath-taking landscapes dominate the appearance of the small island country, also violence has been present in the everyday lives of the islanders ever since history books record. Changing kings, colonialisation, ethnic and religious tensions and increasing Singhalese nationalism peaked in a violent civil war. During nearly 30 years, the Liberation Tigers of Tamil Eelam (LTTE) fought for and the Sinhalese lead government on their side fought against the formation of an independent Tamil state in the northern and eastern regions of Sri Lanka. In January 2009, the government troops defeated the rebels in a bloody climax and the war was officially over – won by the government troops. With the end of the war however, peace did not completely find its way into the country. Post-war Sri Lanka faced an increasingly authoritarian governance by then president Mahinda Rajapaksa. He was eager to push economic growth in the country in order to smudge the traces of the civil war. For this, he defined tourism to be a key industry for growth and initiated a masterplan for the development of infrastructure with the heavy involvement of the government itself, the military forces and large-scale investors.

In contemporary Sri Lanka, this development is a major herd for conflict and disruption in the society. The implementation of the tourism development is featuring monopolised power distribution, discrimination of minorities, restricted access to resources and capitalistic practices. While some powerful parties profit, local communities oftentimes suffer from the negative externalities and see their livelihood threatened by the ruthless infrastructure development – mainly big hotels and beach side resorts.

The choice of tourism as a key driver for economic growth is not surprising considering the sheer beauty of Sri Lanka. Endless gorgeous beaches, rich and stunning natural assets, gently undulating tea plantations, ancient royal cities, sublime temples, friendly faces. This is how Sri Lanka is described in travel books and guides. A veritable Sri Lanka hype broke out in the last years and Lonely Planet even elected Sri Lanka to the “Top Destination” of the year 2013.

Despite the positive effects of increasing tourism business in the country, the growing influx of tourists also evokes unfavourable effects on the environment as well as the local population. The latter have to bear the negative externalities of the development and are simultaneously struggling to benefit from the lucrative tourism industry. Furthermore, the development of the tourism infrastructure has been subject of concern as several local and international human rights activists and NGO’s made accusations of land grabbing by the government and the army. Throughout Sri Lanka a total of 36,611 hectares of land have illegally been acquired. Many critics also mentioned that the tsunami in 2004 was used to some extend to follow the hidden agenda of the government for tourism development. In this way, the destruction of the coastal areas was turned into an excuse for the government to unlawfully acquire the land. In those areas, the army is expanding into non-military activities and is engaged in large-scale property development, construction projects, and businesses activities – mainly in the northern and eastern Provinces. This heavy involvement of the army implicates that large shares of the tourism revenue flow into the pockets of these widely controversial system of government associated bodies instead of providing a livelihood for the local population.

This political and social challenges, combined with the ongoing tourism boom, predestine Sri Lanka as an ideal destination for the implementation of community based tourism as a tool for regional development and should facilitate the participation of local communities in tourism. At the core of the concept of CBT is the involvement of the host community in planning and maintaining tourism development in their region in order to create a more sustainable industry. Community based Tourism is ought to be locally organised and managed. The community members therefore are independent managers, service providers and organisers and have the chance to develop and control tourism in their community as they see fit.

However, community based tourism is highly dependent on the existing power distribution in communities. As local control does not automatically lead to participatory decision-making but rather depends on who is in power at the local level, the planning and policy process needs to be pluralistic and can only be just and generally benefitting if all people in the community have equal access to economic and political resources. The concept of community based tourism therefore assumes that the community is a homogeneous group, devoid of internal power discrepancies or competing values. However, such homogenous communities with a completely equal power distribution barely exist. Some critics conceive community based tourism even as an example of community development driven by economic imperatives and a neo-liberal agenda, rather than values of empowerment and social justice. The threat, that community based tourism could possibly boost existing inequalities among different groups or classes in a community, needs to be taken into careful consideration when developing a new tourism product based on this concept.

Community based Tourism in Panama, Sri Lanka
The organisation Sri Lanka Tourism Watch, which is just to be founded, is a joint-venture of the Swiss Society for threatened Peoples and several local actors in Sri Lanka. The plan is it to implement community based tourism in different destinations in Sri Lanka and with this allow rural communities to profit from the tourism boom. The organization will also work on advocacy concerning human rights and land grabbing in relation to tourism. One of the villages in which we are starting to implement the concept is Panama at Sri Lankas Eastcoast.  Just a few minutes’ bus-ride down south from the buzzling Surfers hotspot Arugam Bay, the village of Panama lies quietly at the beach. A serene rural community whose appearance is minted by colorful houses, coconut trees, men in green and blue tuktuks and ladies on their scooters. Activities in the area include surfing at the local beach or safari in the close by Kumana national park.

Among the village community of Panama, a few families started to get involved in tourism by adapting their houses to meet the needs of homestays. While staying with those families, you will be treated with the best local food you could wish for. In addition, the women from the village offer cooking classes, traditional BBQ at the beach, village walks, boat trips through the lagoon and help you with organizing any trips you are interested in doing.  The motivation of the families to get involved are manifold. There is the curiosity, the interest in learning about other cultures and ways of live. There is the pride of displaying the beauty of the own home, the village and the richness of the local culture. And there is the need for additional income to uphold a decent livelihood, to feed their kids and to afford proper education.

Miss N. Priyadarsha is one of the leaders in the community and has successfully started her own home-stay and this is her story:  „We hail from a family of farmers, so when our cultivation lands were taken away, we lost all means of living. My husband started  working as a mason but he didn`t earn enough money to sustain our family of four. While fighting to get our lands back, I wanted to do something to uplift our household economy. In 2015, I started a homestay by renting just one room in my house.

Initially my move was met with much skepticism in the village. Undeterred by naysayers I’m proud to say that I have come a long way thus far. Now there are 3 rooms I rent to tourists mostly from Australia and Italy or from Sri Lanka itself. In addition to this I also host tourist groups in my house to have home-cooked Sri Lankan food. I now support many women from my village to strengthen community tourism in Panama.“
Together with Sri Lanka Tourism watch, N. Priyadarsha is now hoping to allow more and more families from her village to become involved in CBT and with this, foster the economic development in the whole village community.

Sources for all facts and figures can be provided by the author.

Author: Martina Isler is a Tourism Graduate from the HTW in Chur, Switzerland. In the framework of her final thesis, she started researching about the tourism development in Sri Lanka and has visited the island several time since. Together with the Swiss Society for threatened Peoples and the local actors in Sri Lanka, she is now planning to implement community based tourism in different destinations in Sri Lanka and with this allow rural communities to profit from the tourism boom. Under the name “Sri Lanka Tourism Watch” the organization will also work on advocacy concerning human rights and land grabbing in relation to tourism. Contact: martina-isler@hotmail.com